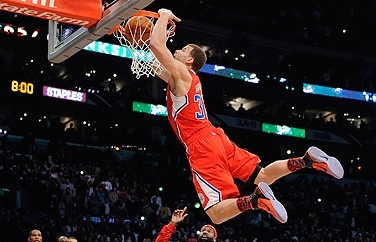 by Alvise Perini 3A

Saturday the 7th of June, the last day of the school year, was a day without regular classes but all the students were at school and took part in many activities which were designed and organized by themselves: a football match was played outdoors. Indoors a volleyball and later a basketball match was scheduled in the gym, while in the conference room a few 5 year students organized a goodbye concert to celebrate their last day at IIS Bruno Franchetti because next year they will study at University.

During the first two periods my class and I stayed in our classroom but, from 10.30 to 12.15 we went to the gym to watch the basketball match in which, Leonardo Career, one of our classmates, was playing, so we were needed there to support him.

The match was organized like the American All-star Game, an exhibition match featuring the league’s best players who usually attempt spectacular slam dunks and alley oops. Defensive effort is usually limited and the final score of the game is generally much higher than an average NBA game. As the All-star Game, the match at the Bruno was essentially played to entertain students who were watching it; so the players tried to do unusual shots and passes, as well as showing their ability. The audience stood up and cheered every time they scored.

At 12.15 the bell rang and so the HOLIDAYS COULD EVENTUALLY START!