by Arianna De Luca 3A

On Saturday 7th February my class and I had a second opportunity to meet Mr Zanin, who talked about the National Memorial Day of the Exiles and the Foibe that in Italy was established on the 10th day of February with the law 92 of 30 March 2004, in memory of the victims of “foibe”. The focus was on the Eastern borders of Italy with Croatia and Slovenia By “foibe” we mean the slaughters of the Italian population of Venezia Giulia and Dalmatia during and after Second World War. The name comes from the large sinkholes of limestone rocks where many of the victims’ bodies disappeared. The first time of people being thrown into “foibe” dates back to 1943, when around 70 local people were thrown into a foiba hole by the Germans after the bombing of a cinema. On 10 September, the Yugoslav partisans took over but Dalmatia was occupied by the German army, which kept it until the autumn of 1944. Mr Zanin also spoke about the Italians’ silence in the post-war. It happened because Italian politicians wanted to direct the country’s attention toward the future and away from the idea that Italy was a defeated nation. 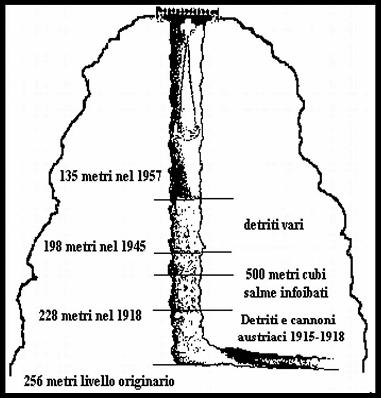 A foiba is a natural sinkhole, a deep doline that has become a cave, a natural  phenomenon which is found in the Carso area along the Italian, Slovenian and Croatian borders.

Down those sinkholes over six thousands  Italian, Slovenian and Croatian people were killed and left dying by Yugoslav partisans, under the command of Tito, the popular dictator that ruled the Yugoslav Republic from 1945 to 1980.